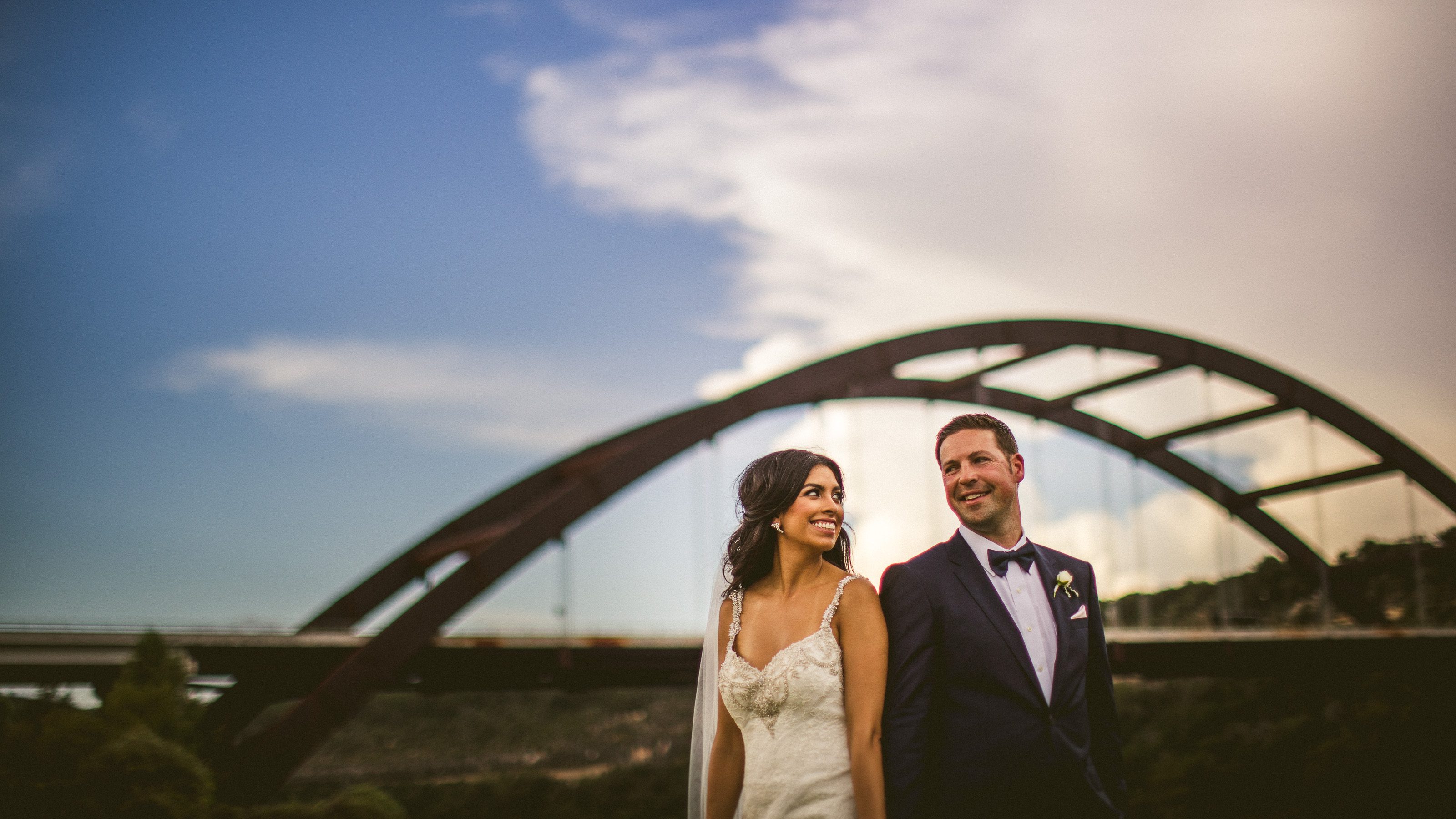 Andrea and Stephen had a beautiful destination wedding at Austin Country Club. They live in California, but decided to have their wedding in Texas! Austin Country Club is a beautiful venue in west Austin, with views of Lake Austin, the Pennybacker Bridge, and some scenic cliffs. We were able to spend some time with them the day before at their rehearsal dinner, which they had at Z Tejas in downtown Austin.

We started out the day photographing getting ready moments in downtown Austin. Andrea and her girls were at JW Marriott and Stephen and the guys were at the W Austin. Andrea’s hair and makeup were styled by Molly Makeup and Hair. She wore a full length veil and a beautiful beaded and ruffled mermaid wedding dress from Winne Couture. Steve’s tux came from Bloomingdales. The bridesmaids wore mismatched blush colored dresses from BHLDN and the groomsmen wore black tuxes, black bowties, and green and white boutonnieres. The bouquets had mostly white flowers, with some blush accent flowers and greenery.

There were thunderstorms in the forecast, but the weather ended up being beautiful during their first look and the outdoor ceremony at Austin Country Club. They had a very sweet outdoor ceremony, and the clouds and trees made a beautiful backdrop. We could tell that music was an important part of their day. They had a string quartet play during the ceremony and an all female mariachi band play during cocktail hour! We ventured out onto the golf course for some portraits during cocktail hour, and love how they turned out!

For the reception, tables were decorated with gold sequined tablecloths that Andrea had custom made in Los Angeles. The centerpieces were varying sizes of gold vases with white hydrangeas, pink roses, and greenery. The place settings had  gold charger plates, white napkins with pink menus, and gold laser cut place cards.

Andrea and Stephen’s friends knew how to have a good time and DJ Johnny Bravvo kept the dance party going. We snuck back outside during the reception for some fun night time photos with some light up glow sticks! 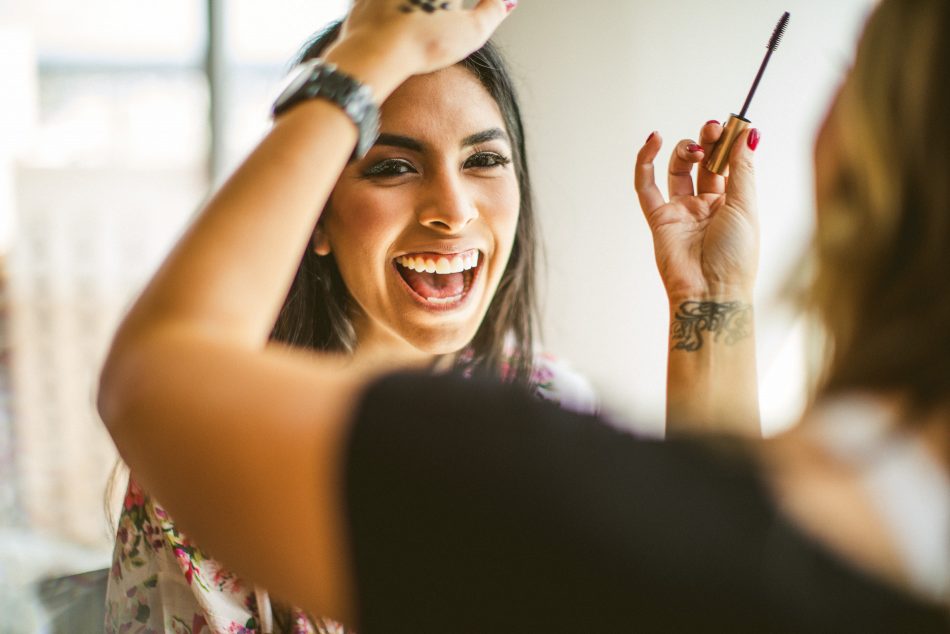 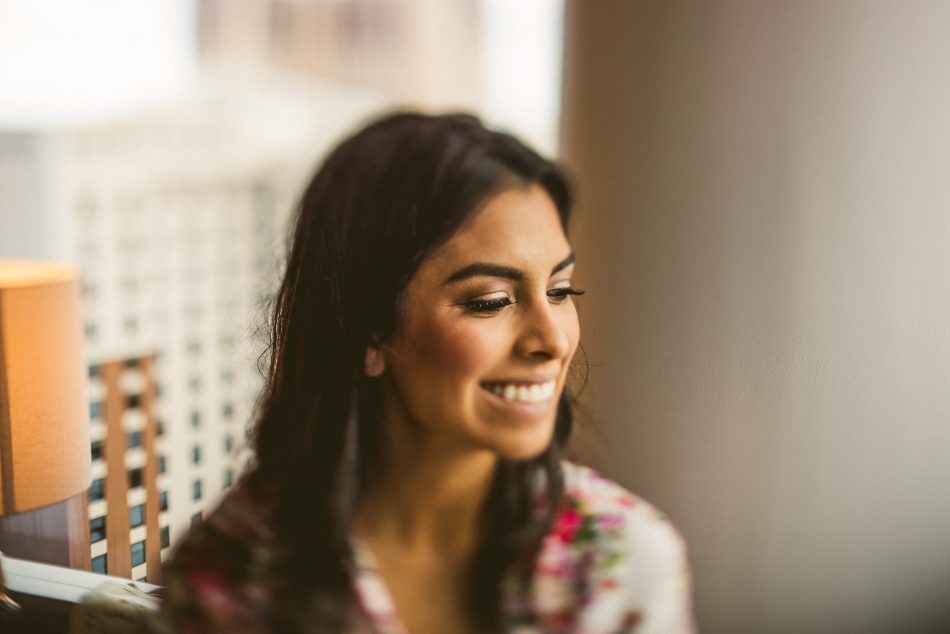 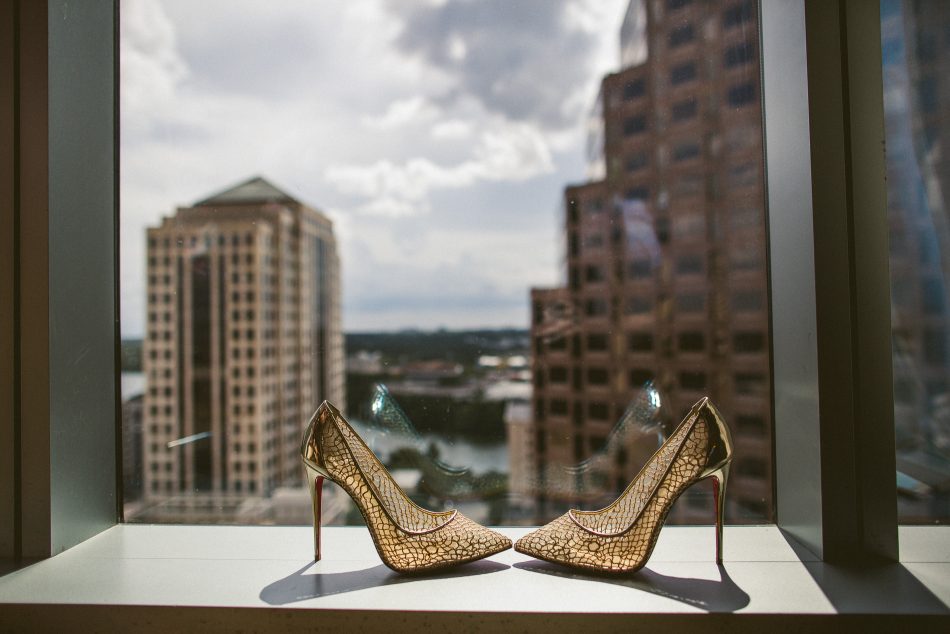 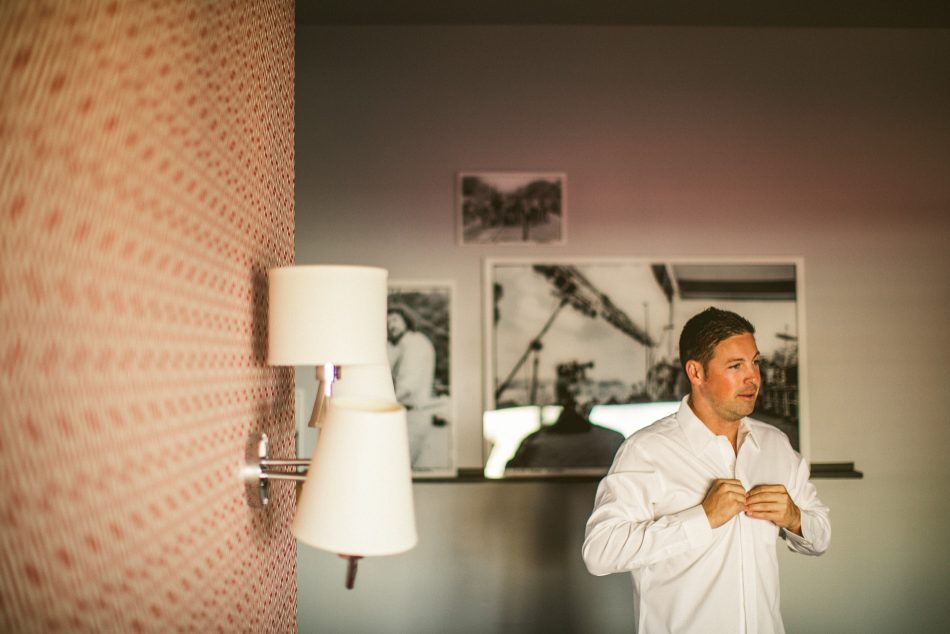 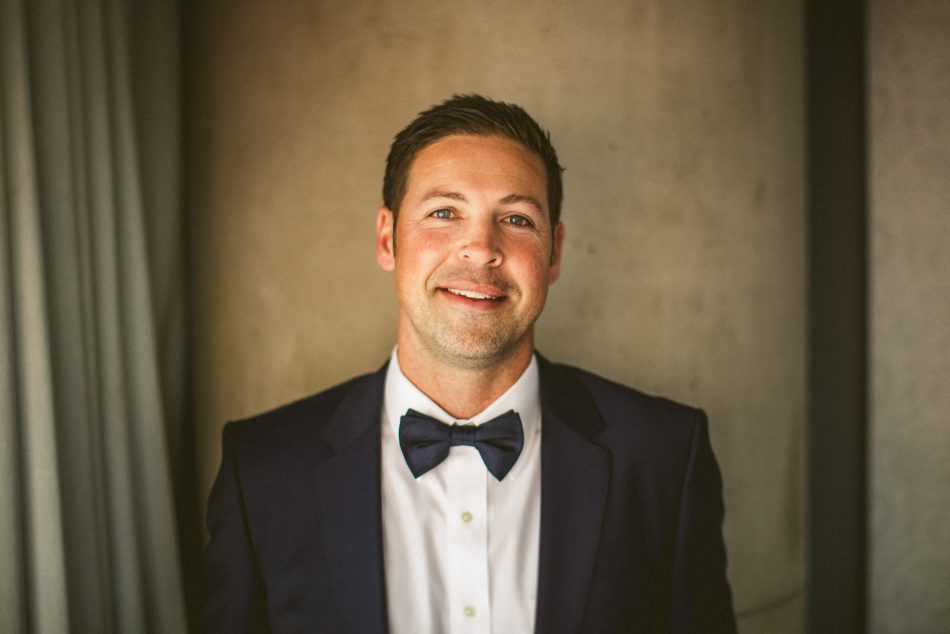 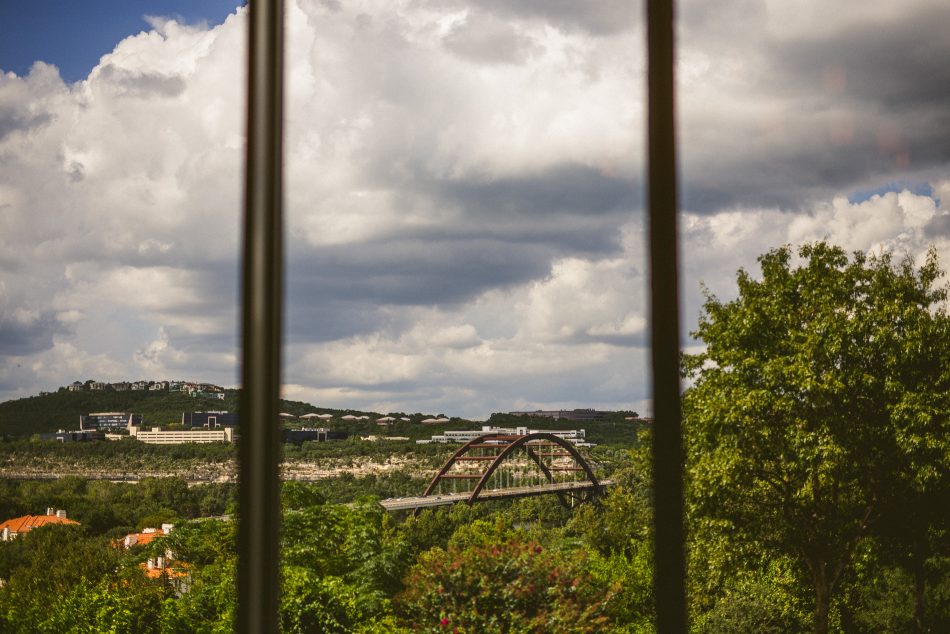 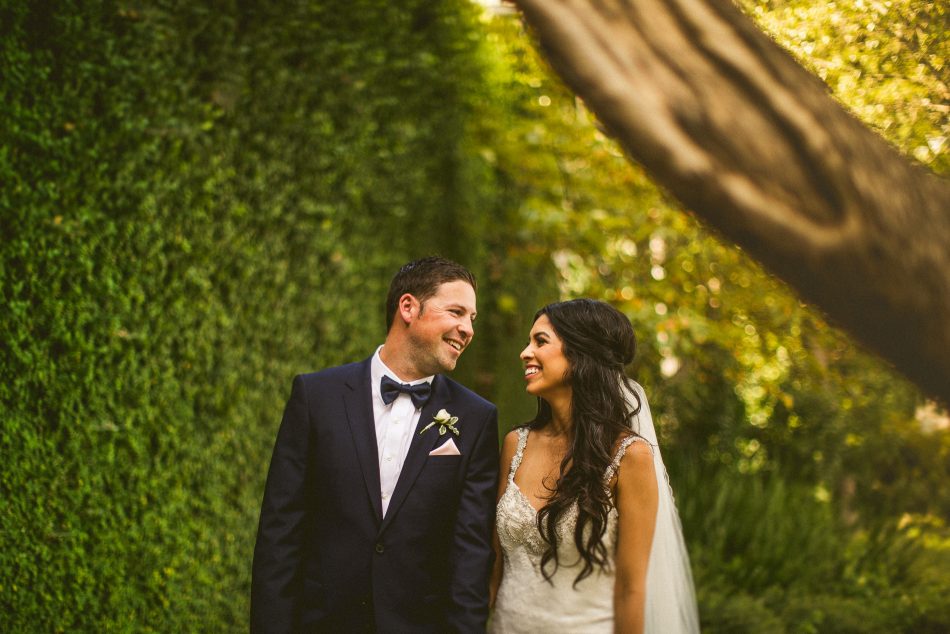 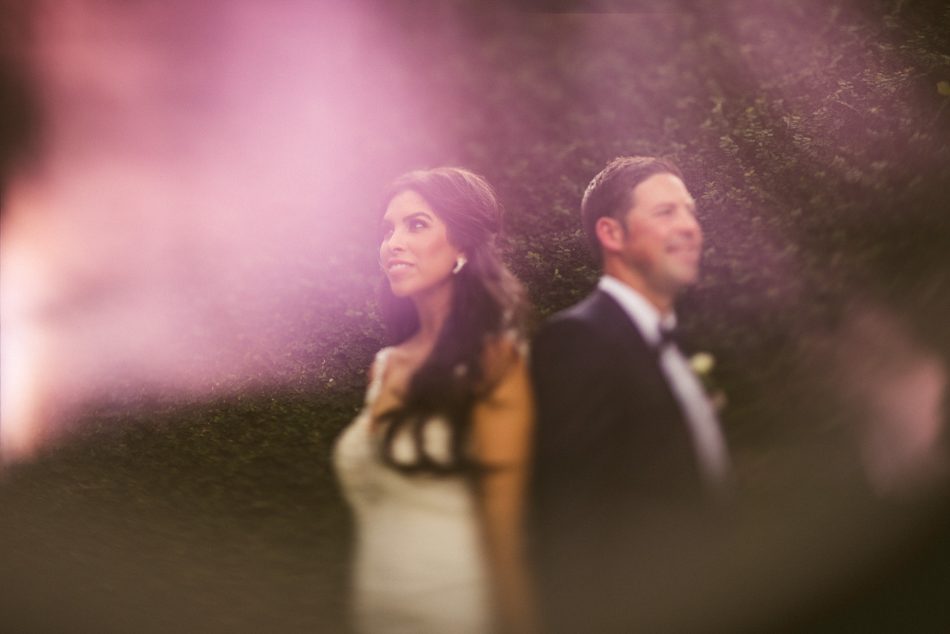 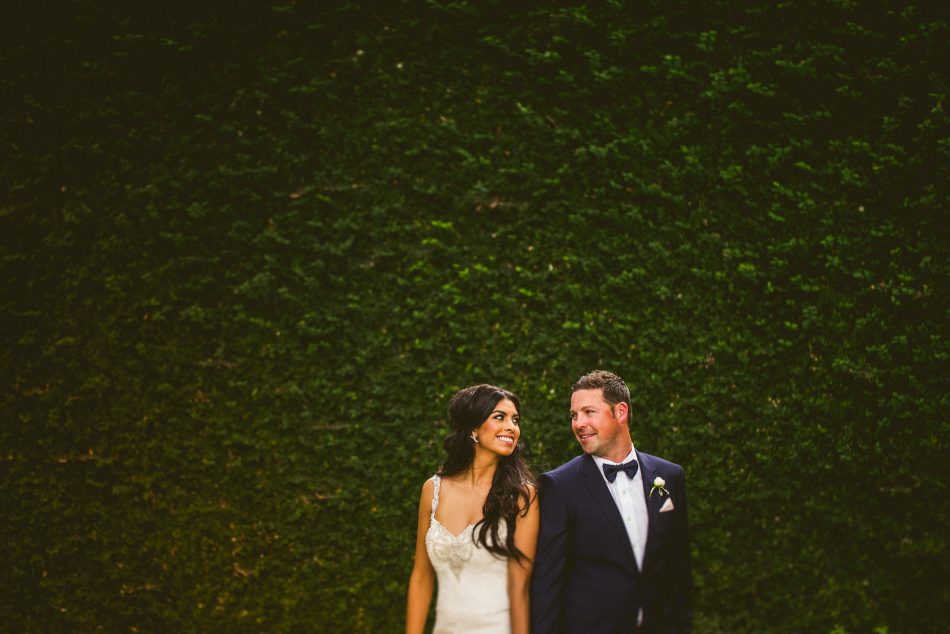 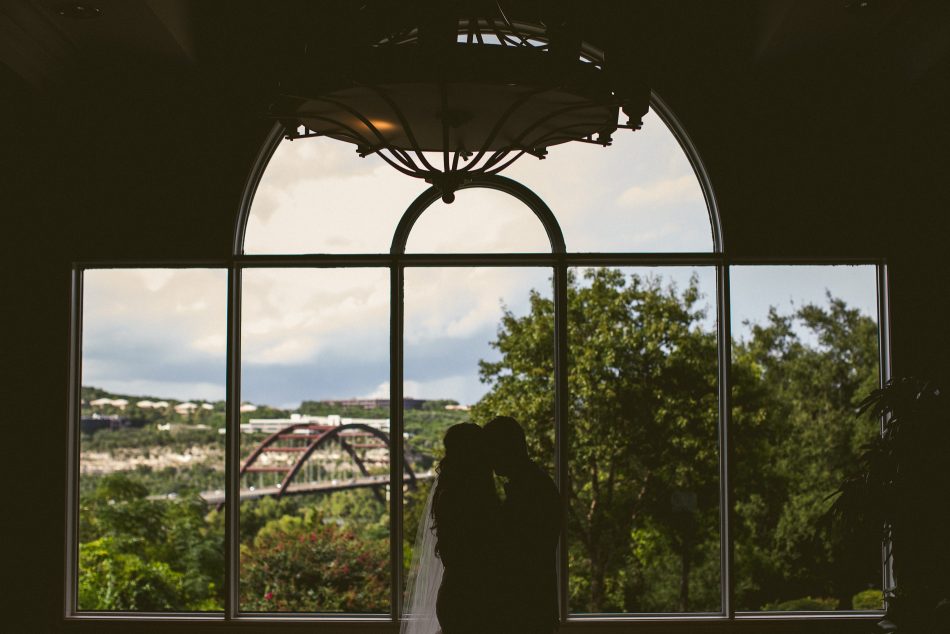 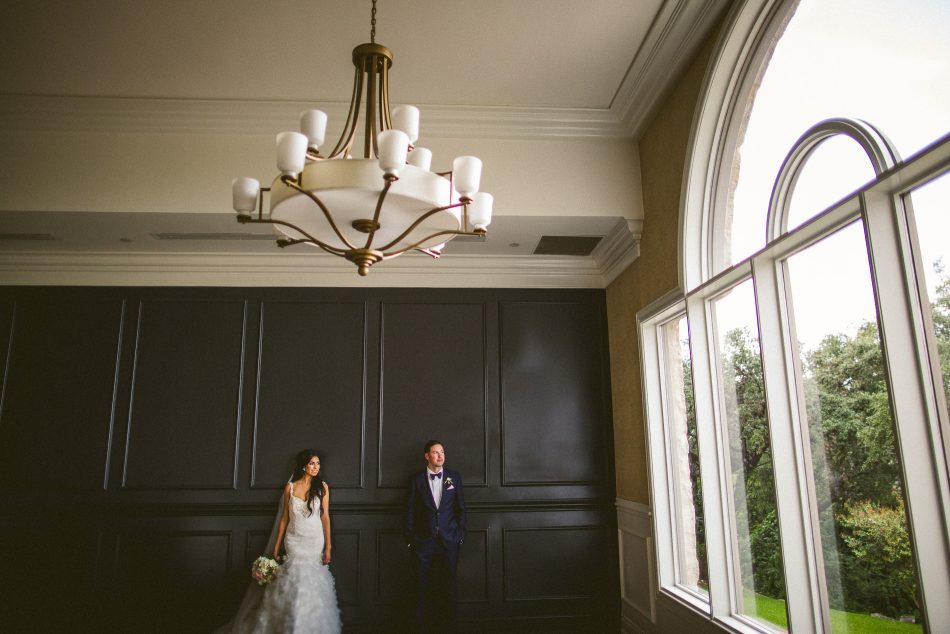 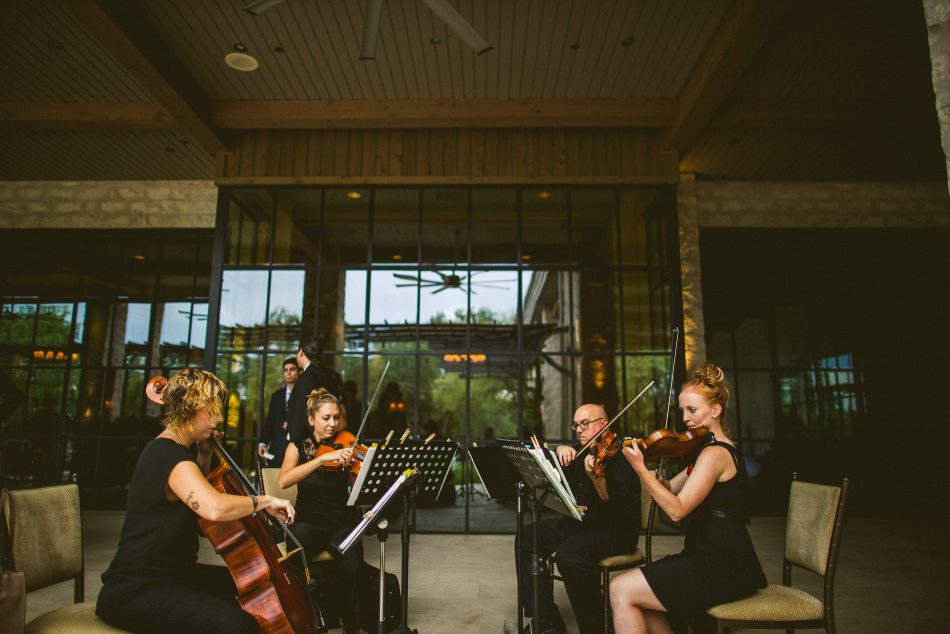 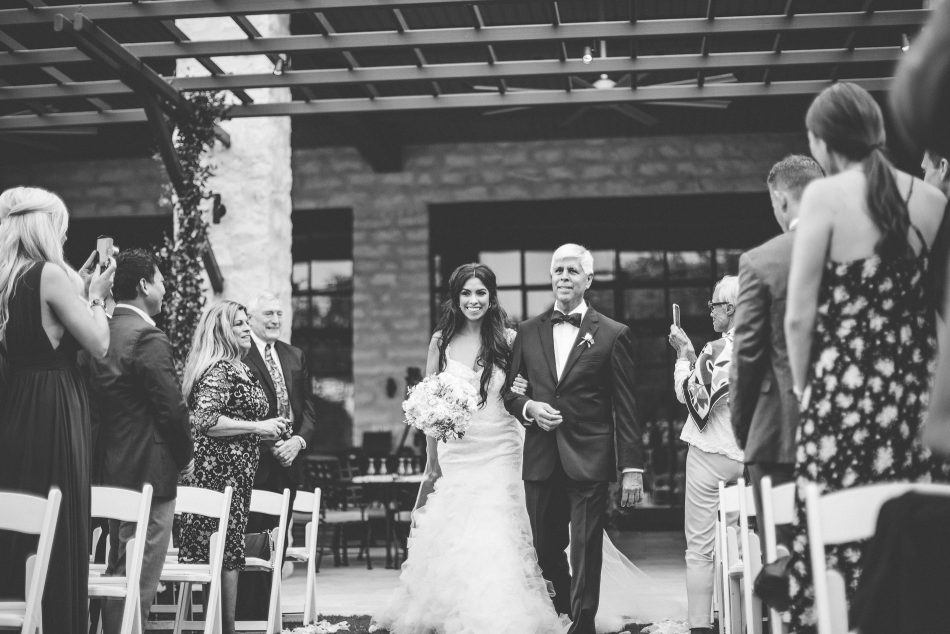 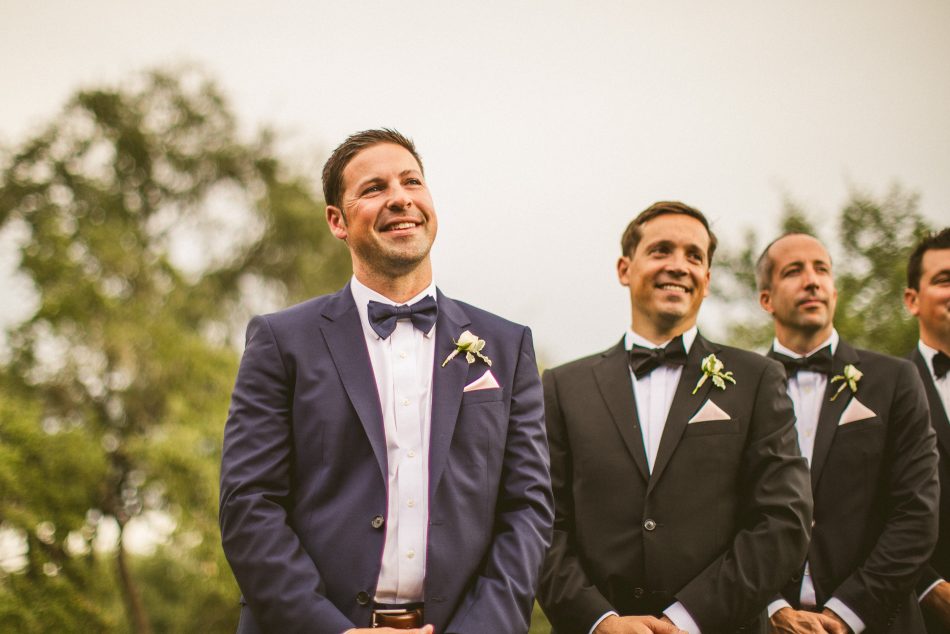 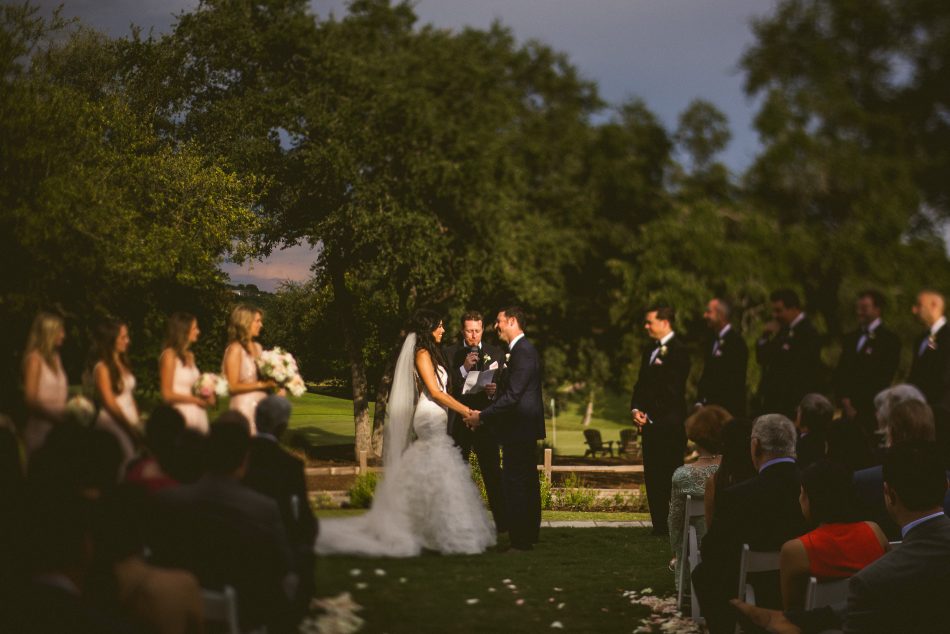 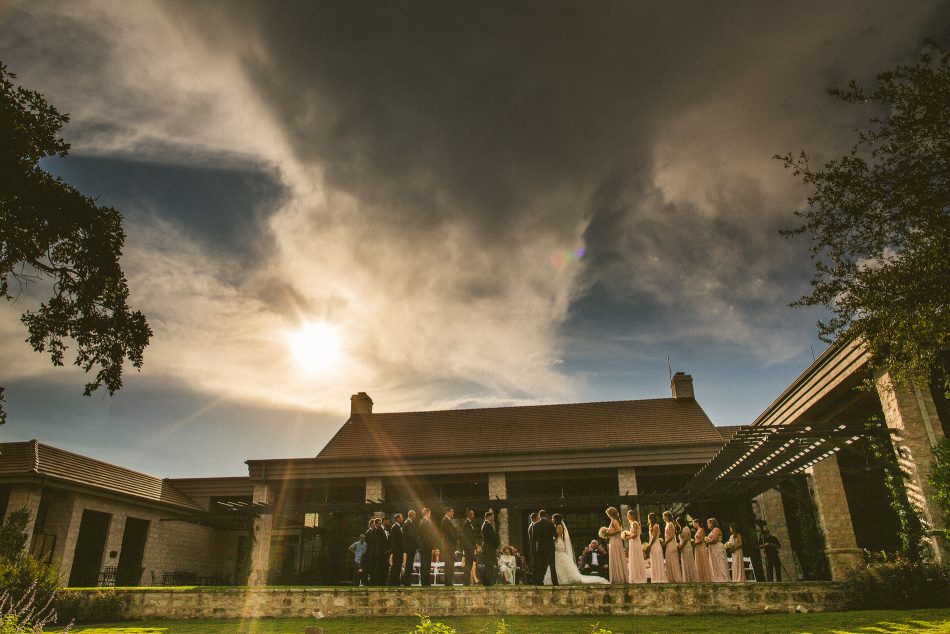 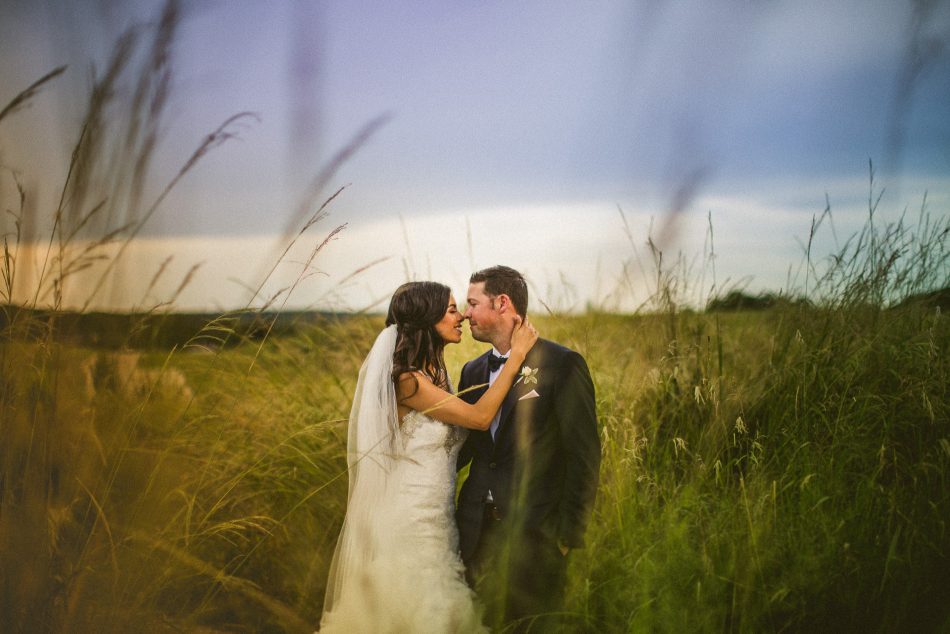 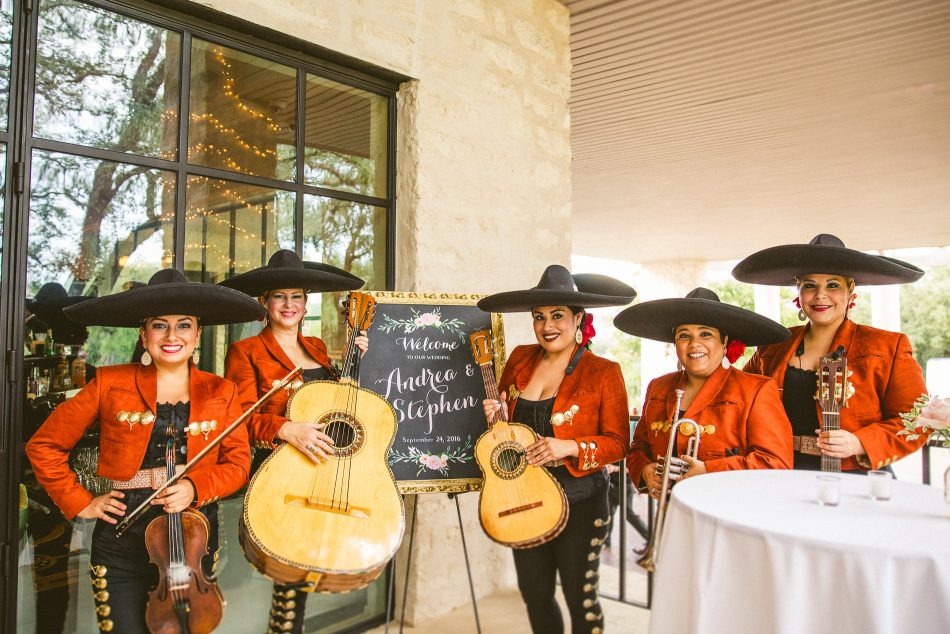 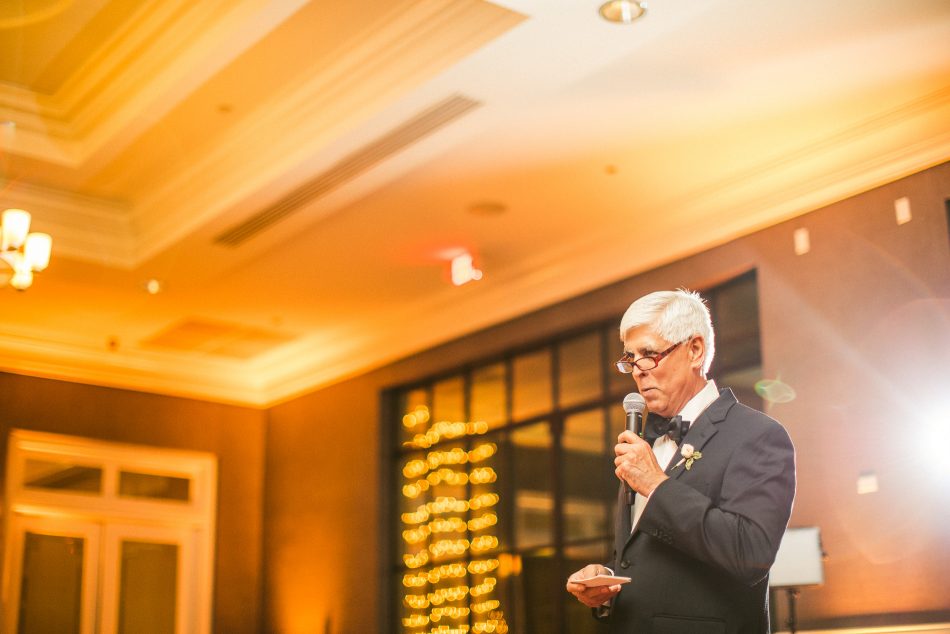 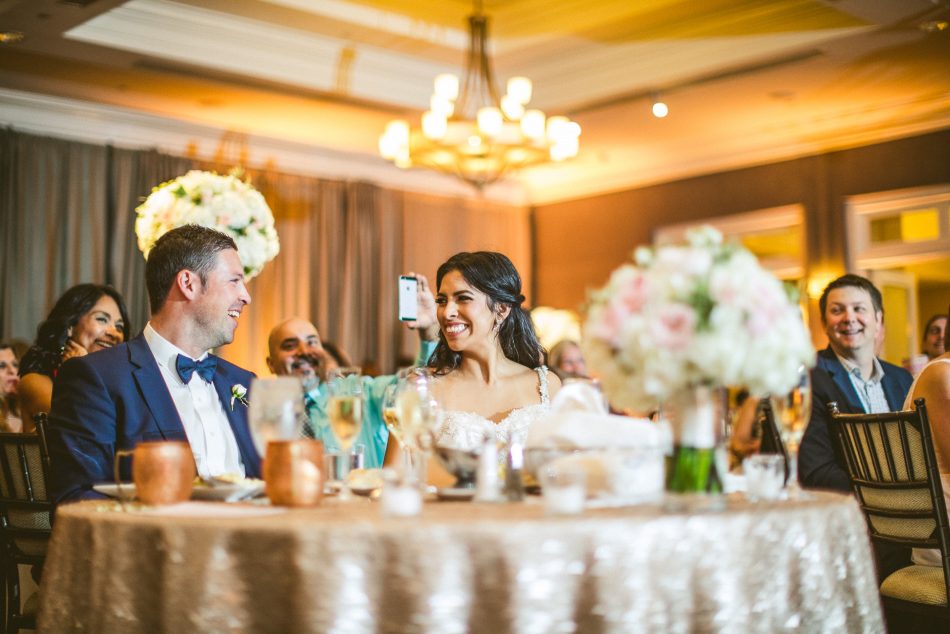 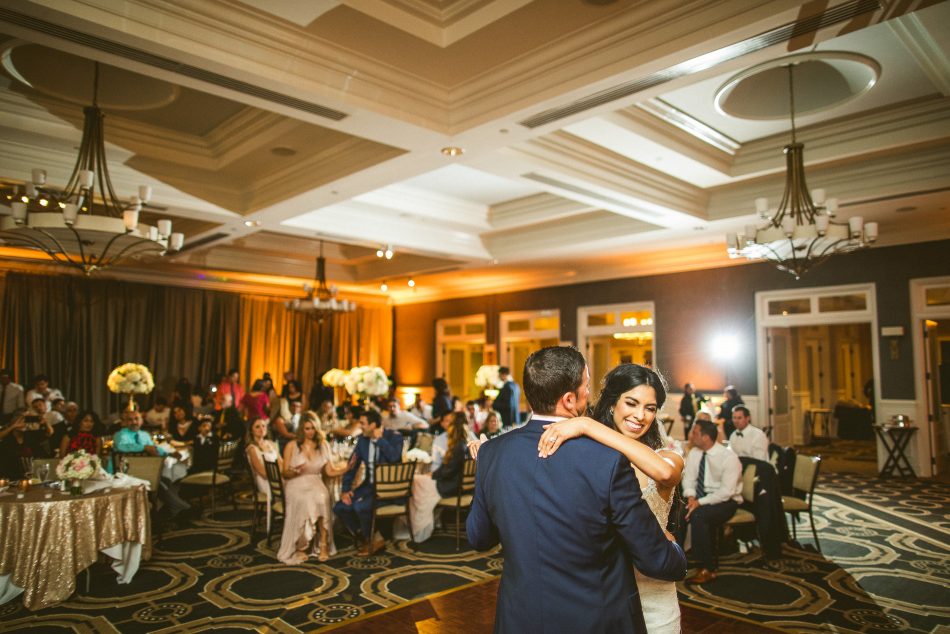 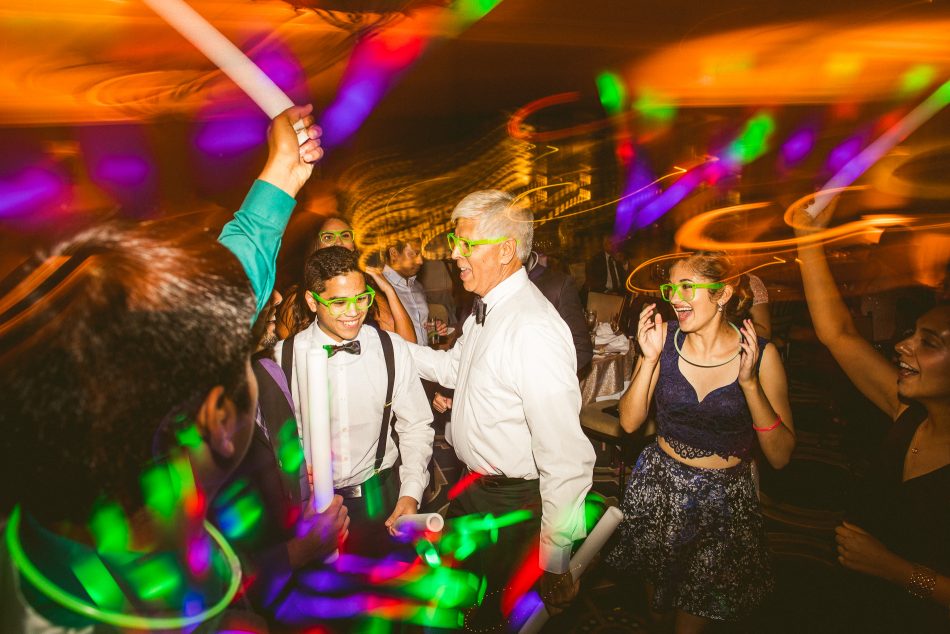 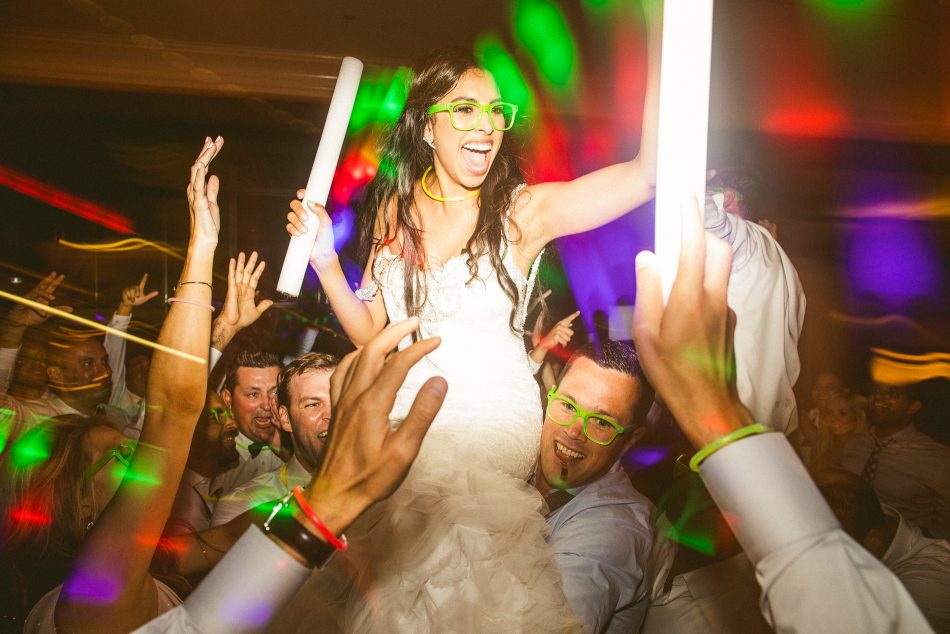 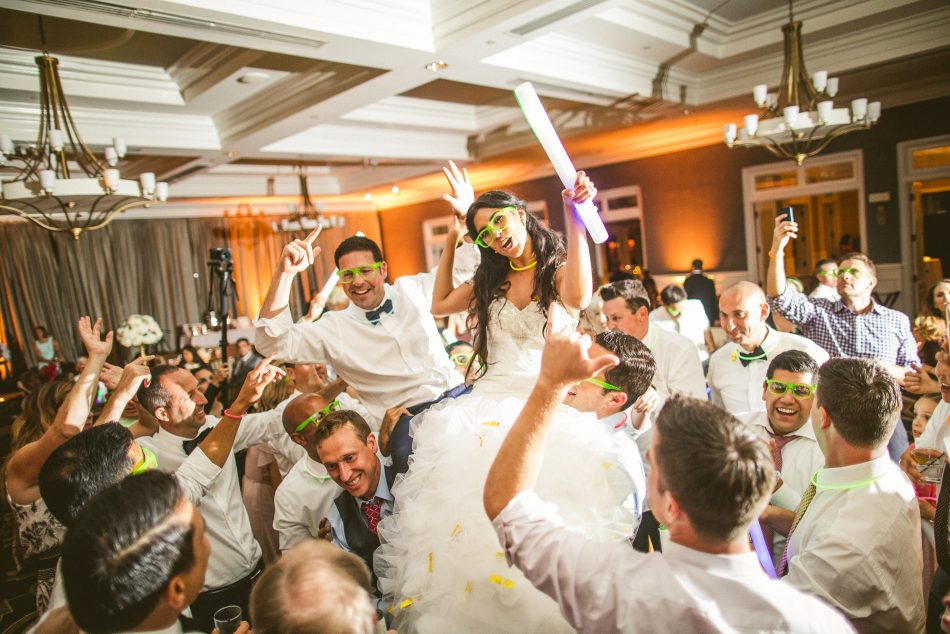 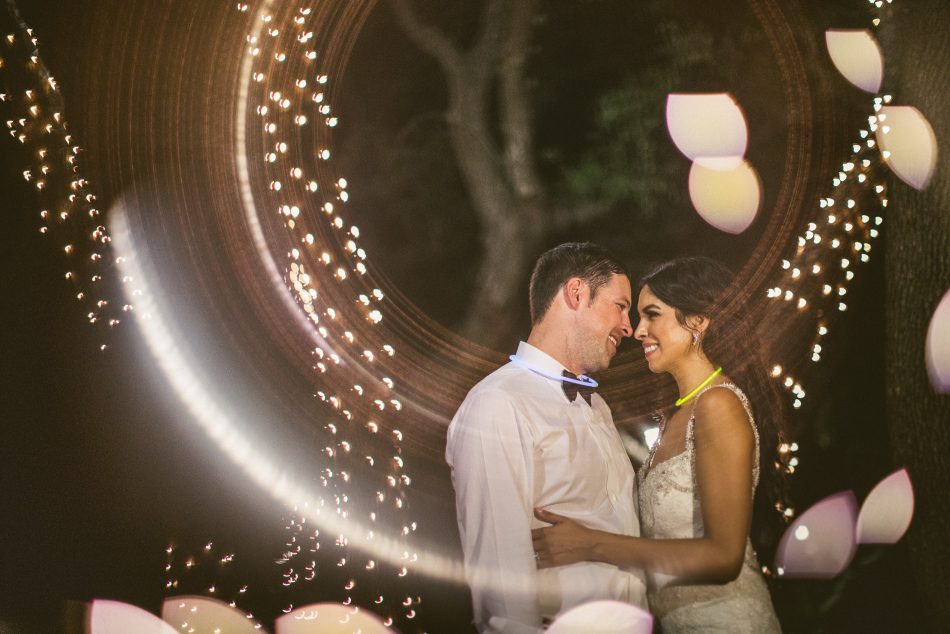 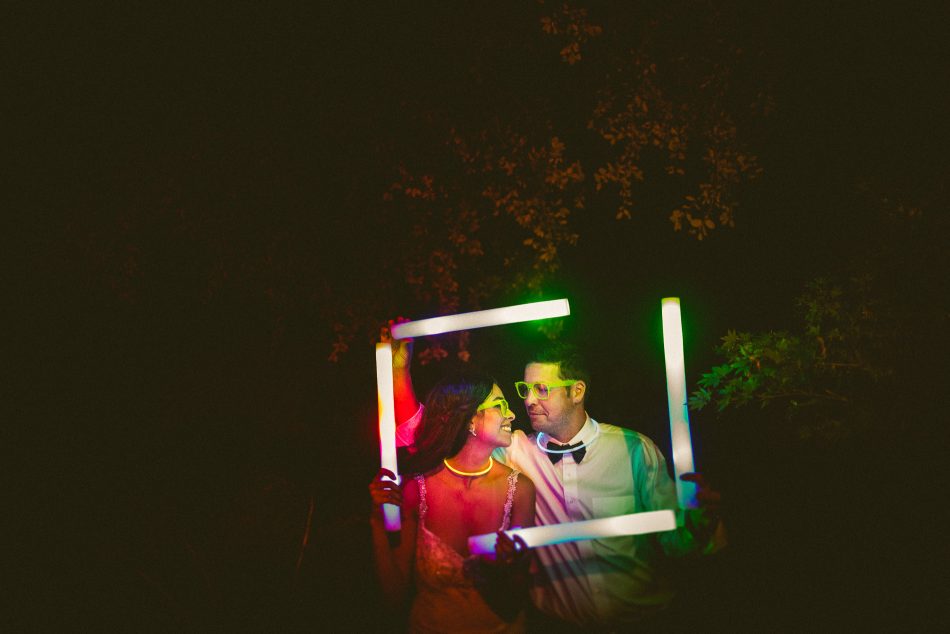 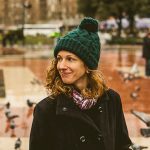 One half of the dynamic duo known as Andy + Carrie Photography